The Many Uses of a Gear Hammock

The Many Uses of a Gear Hammock 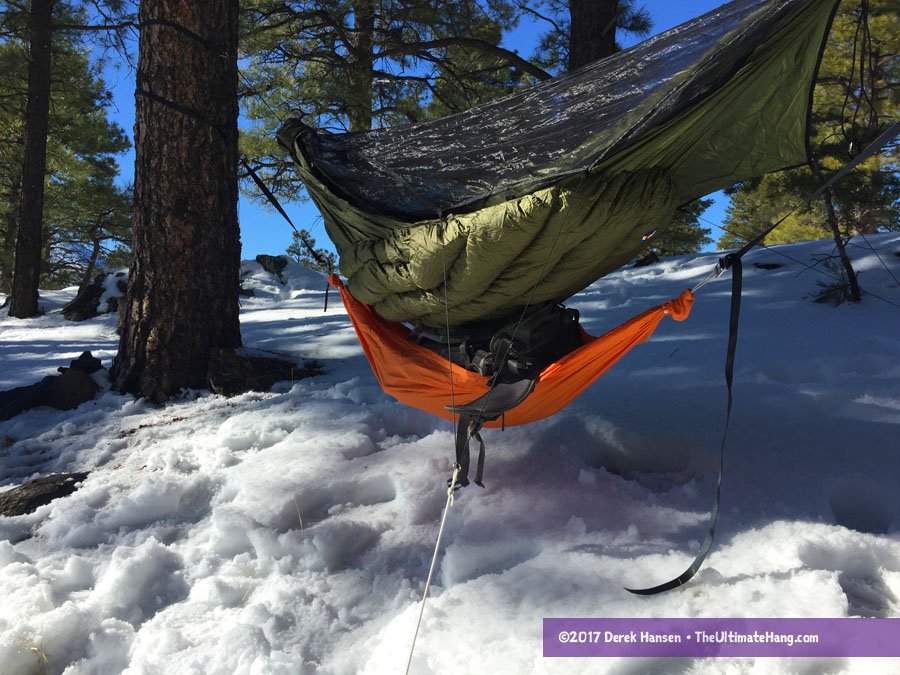 I love multi-use gear on the trail, and one item that’s been intriguing me recently is the gear hammock. A gear hammock is nothing more than a small(ish) hammock—sometimes a really small hammock—that can be hung in concert with your main rig and used to hold, well, stuff.

Why Use Gear Hammocks?

Gear hammocks have a lot of utility, depending on their size and material used. When I reviewed the Ultimate Backpacking Chair, I highlighted how the silnylon fabric made it a great option as an on-the-go chair, top cover, winter barrier, gear loft, pack cover, etc. One of my favorite variants is to use a large Krama scarf, traditional multi-use attire from Cambodia. A large Krama can be used as a sarong wrap, head wrap, and even converted to carry gear as a chest pack.

Ever since I converted to hammock camping, I’ve been vigilant in keeping not only myself but my gear off the ground. Some hammocks come with small pocket organizers, often attached to a ridgeline, but they are mostly good for small items like a smartphone, flashlight, or maybe a book or a water bottle (if you’re lucky). A gear hammock, in contrast, can hold pretty much everything, including your hiking shoes and your pack.

During hot and muggy seasons or climates, a gear hammock is a great place to keep a light fleece blanket that can be stowed out of the way but still within easy reach and pulled out when required in the cool early morning. If properly slung, a gear hammock can double not only as storage, but also as a bottom cover to deflect wind and moisture from reaching you from underneath. It can also hold insulation to help keep your backside warm.

How To Use a Gear Hammock

While you can hang a gear hammock by itself like a shelf—such as the waterproof Molly Mac Gear Box—it is often more convenient to hang it next to your sleeping quarters for easy reach-in access.  Most gear hammocks come with simple line on each end that can be used to attach to a regular hammock. In this way, it can be strung tight above a hammock to act as a ridgeline with benefits, parallel like saddlebags, or below for out-of-sight pack storage.

Smaller gear hammocks can be hung on a ridgeline, like the Gear Loft from Elemental Hammock. When pitched next to your main hammock, a gear hammock can stay enclosed in your mosquito netting and stay dry under your tarp.

Taking a quick siesta in my DIY Krama hammock chair.

For my DIY gear hammock made from my Krama scarf, I also packed a set of Toggle Ropes from Navy Hammock (super useful by the way). I tied a Sheet Bend on each end and created my own hammock chair. The same technique was used to convert the scarf as a gear loft at night.

Smaller gear hammocks can be attached to a ridgeline with a constriction knot such as a Prusik or Kliemheist.