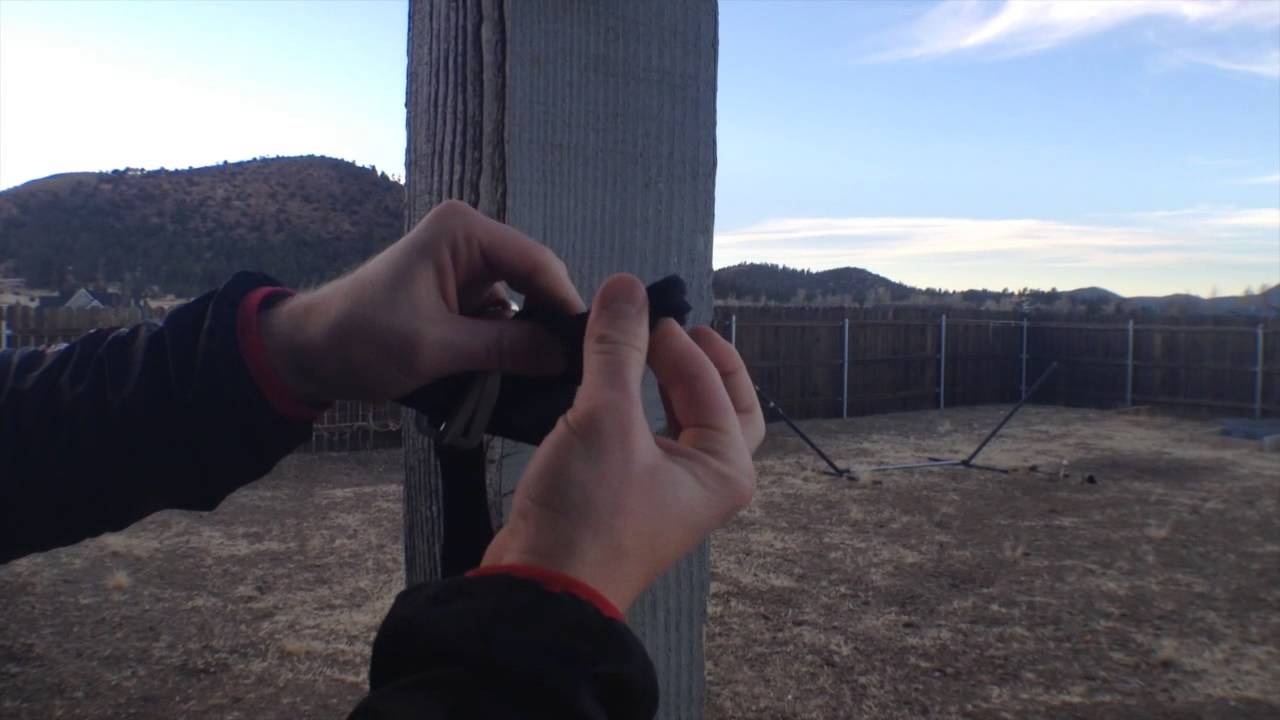 This review has been incubating since this summer and I’m pleased to share my thoughts about four products Hammock Bliss sent me after the Summer Outdoor Retailer show:

I have known Dov, the owner, for a few years now, and one thing that has impressed me is his passion for producing gear that is high-quality but also offered at an affordable price. I’ve been using Hammock Bliss gear for a few years now and I can attest that the gear is “bomb proof.” The bug netting, for example, is tenacious, and holds its own against rough play that would shred lighter weight varieties. And while their aim isn’t about ultralight gear, I’m pleased that their products are competitive with regards to weight and pack size when compared with the other parachute hammock brands on the market.

I’m also pleased to observe that Hammock Bliss has created some products that have their own uniqueness and innovations such as the Sun Shield and Deluxe Cinch Straps reviewed below.

The Hammock Bliss Triple Hammock is one of the largest “packable” parachute neon hammocks on the market. This hammock seems to reflect some of the very comfortable Mayan and Brazilian hammocks I love due to its larger size. It is easy to find a “sweet spot” in this hammock and there is plenty of room to move around. This hammock is constructed out of three panels of fabric, like most nylon hammocks, but the main panel is wide enough that I lay completely in the center  section when sleeping diagonal. The “wings” on either side are so large I can wrap the fabric around me with room to spare.

Hammock Bliss supplies its hammocks with long pieces of 6mm utility rope as the main suspension system. While this rope works, it is not my preference, so one of the first “mods” I did to this hammock was to replace the stock rope with shorter continuous loops on each end. The sewn channels on all the Bliss hammocks are much narrower than other brands, but it is still possible to replace the stock ropes with whatever suspension system you prefer.

I must admit that I found the Triple hammock extremely comfortable and I ended up sleeping in it every night at home for a few weeks.

After spending some time in the hammock, I ended up adding a few mods, like exchanging the suspension ropes with short continuous loops. I also added a ridge line connecting the two ends of the hammock. This helped me set the sag no matter where I hung the hammock. It also gave me a place to hang gear, and kept the bug netting from falling on my face. The next mod I am considering is to actually sew up the hammock, using the side “wing” fabric to create a fully-enclosed “bivy” hammock. I’m still debating how best to do this as I will also need to sew in a zipper and unpick one of the seams. It’s a little more ambitious, but there is so much “unused” fabric in the wings that would turn this hammock into a great 4-season hammock with a built in over cover.

The Cocoon bug net is a “one size fits most” sock-style no-see-um bug net that completely encloses a hammock 360-degrees. The Cocoon features a vertical double-pull zipper that is just shy of 5 ft (1.5 m) long. There are two sets of zippers (durable YKK #5) with easy tracking up and down. There are small openings on both sides of the bug net where the hammock is threaded, and cinch cords seal up those areas so no bugs can get inside.

The bug net is 113 in (287 cm) long measured along the ridge line, making it work for just about every gathered end hammock on the market. During my testing, I primarily used the Cocoon over the Triple Hammock, which fit easily.

Near each cinched end is a length of line (100 in/254 cm) that can be used to suspend the netting above the hammock so it doesn’t droop in your face. There are also a series of five loops spaced along the ridge line that can also be used to clip and pull the bug net up. In my own use, I didn’t use these lines as I relied on the ridge line to keep the bug net off me.

Inside, there are two large storage pockets, located near the ends where the cinch cords close up the openings around the hammock. The pockets are positioned near the tie-outs, which helps support the bug net if you place heavier items in the pocket. However, I found that when I am laying down in the hammock, these pockets are too far away to reach easily. Indeed, I have to pull myself up even when sitting to properly reach them. I think the pockets are a great addition, but if they were a little closer to center I think they’d me more useful to me.

The Cocoon is spacious. In fact, I even wonder if it is a little too tall. There is plenty of space, or clearance, below the hammock before I touch the bug netting and in my testing, the Cocoon simply draped on the ground. My preference would be for the bug net to be suspended off the ground.

One modification I am likely to make to this bug net is to sew off the bottom about 6 inches (15 cm) so it won’t sag on the ground.

It might be sad to admit it, but of all the products in this series, I was most delighted with the Sun Shield. This simple, unimposing “accessory” was a highlight. It’s not much more than a long double-sided stuff sack with cinch cords on both ends to close up the sack, but it has proven very effective and quick.

I’ve been re-evaluating the “Snake Skin” style stuff sacks recently, looking at them in a new light. The Sun Shield stuff sack is in some ways similar to the Hennessy Snake Skin stuff sacks in that allow you to quickly pack and unpack a hammock by pulling a tube over the entire hammock. The Sun Shield is large enough that I was able to easily fit the Triple Hammock, Cocoon bug net, and a large 9×9 ft (2.7×2.7 m) tarp, with room to spare.

The Sun Shield is waterproof and UV protected. Since receiving this stuff sack, I’ve kept a hammock pitched outside for months, something I rarely would do otherwise. After hanging, I would just pull this sack over my set-up (tarp, bug net, and hammock) and leave it, sometimes for weeks.

This stuff sack packs down into its own mini sack when you want to store it away. It’s a very simple but ingenious design. At 110 g (3.8 oz) it’s not the lightest stuff sack available, but it for most folks it’s not going to make much of a dent in their pack weight. My DIY gears were turning, however, thinking of a silnylon version that would easily cut the weight in half, or more. Dov, what do you think? 😉 This is one “accessory” I’m happy to recommend and use myself.

This is how I typically used the straps, pulled close, but not tight, to the tree.

I love trying out new suspension ideas, especially if they offer a simple, quick, and efficient alternative to other methods. The Deluxe Cinch Straps by Hammock Bliss first took me off guard because they don’t work like most hammock straps I’m familiar with.

The straps are nice and wide (1.5 in/4 cm) and strong and are long enough to wrap around very large trees or other anchor points. Near the cinch buckle are the attachment points—two sewn loops where you can attach the hammock suspension. The loops are “pinched” so they are a little easier to use and manipulate, particularly with gloved fingers. It’s a nice touch.

The straps are 95 in (241 cm) long, allowing for a fair amount of adjustment. However, the most common way I’ve used them is to pull the strap close around the tree and use the ropes from the hammock as the adjustable end of the suspension. One of the primary reasons for this is because the straps are made with nylon, which means they have a little more stretch than polyester straps, so keeping the strap length short helps minimize any overnight stretching.

After weeks of using these straps with the triple hammock, I never had any stretching issues when the straps were pulled close to my anchor point.

This photo shows the straps extended to its limit.

I’m finding that the Deluxe straps work best with hammocks that use a line on the hammock, such as the Hennessy models, Hammock Bliss, and a few others. This hasn’t been my preferred suspension method, but it works, and I am experimenting with some single line suspension options that would make this an ideal anchor point choice.

The straps can extend quite far, but care must be given during set-up so they don’t slide down while adjusting.

The buckles are military grade and very strong. I like how quickly the straps feed into the hardware and how quick it is to cinch the straps around the tree, creating a secure anchor point.

Another feature of the cinch straps is that it works great on man-made anchor points like beams and poles because you can cinch the strap tightly, if necessary, around the anchor point.

The triple hammock is big enough to provide an easy sweet spot and diagonal lay. It’s great for anyone who is looking for a roomier hammock, or perhaps something large enough to lounge about with friends.

The bug net is a great match for any gathered-end hammock and its price and weight make it very competitive with other full-zip 360° bug nets on the market.  It’s a bit tall, and if you don’t mind doing some after-market modifications, you could save some weight, bulk, and sag by sewing up and cutting off several inches/cm off the bottom.

The Sun Shield is a great accessory for any hammock, especially if you like hanging a hammock in your backyard throughout the year. This is one accessory I’m very pleased with because I can pack up my hammock and leave it outside without worrying about over exposure to the elements. I like that it is roomy enough to fit a hammock, tarp, bug net, and more.

The extra hardware in the cinching straps make it a little easier to adjust and attach the straps to a tree, which may be attractive and/or useful to some. I’m not a fan of nylon tree straps because they are prone to stretching, but snugging up the straps close to the tree minimizes this issue. The trade-off is that you need a separate adjustable suspension (rope, Whoopie Sling, etc.) to close any gap between hammock and anchor point. I found that this strap works great for stock Hennessy Hammocks and Hammock Bliss hammocks that use long ropes as their suspension.