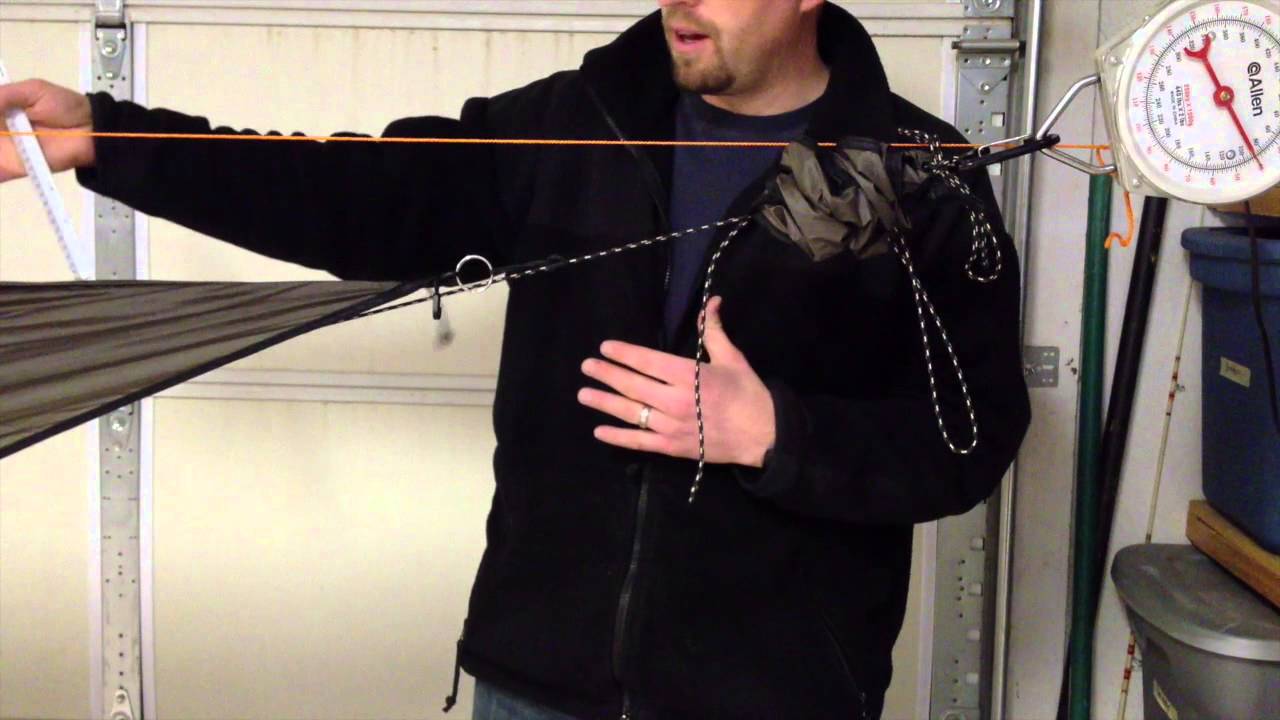 My first camping hammock was the Hennessy Expedition Asym. It was the hammock that converted me to staying off the ground when I went camping. However, I was often frustrated that I couldn’t keep the stock tarp taut, particularly when I got in the hammock. I could make everything look amazing and beautiful on the outside, but once I got inside, the hammock settled and the tarp went slack. Limp. Frumpy.

Connecting a tarp to the hammock suspension isn’t restricted to the Hennessy Hammock models. You can tack on a tarp to any hammock so long as the suspension extends long enough to provide a connection point. For example, you can connect a tarp to whoopie slings using a prusik knot on the non-moving side of the adjustable loop.

The ‘trick’ to rigging a no-sag Hennessy Hammock tarp—to keep the tarp taut even when the hammock is loaded—is all in how you hang the hammock. Traditionally, the Hennessy is shown being pitched very tight across the anchor points. However, the tighter you pitch the hammock, the higher the horizontal “pulling” forces, which in turn, stretch the suspension components more. That stretch lengthens the suspension (a lot or a little), which changes the hypotenuse and the point where the tarp used to be, thus making it slacken.

Also, if the trees on which you are hanging are small, those tighter pitches can also pull the trees in slightly, further adding slack to the tarp.

The tarp connection point can also placed further up the hammock suspension, which keeps the tarp taut when the hammock is loaded.

I often add elastic shock cord to tension the side tie-outs of my tarp. This can help take additional slack out of a tarp (especially if it has been raining, which can stretch nylon material). This is an optional step, but it can help in some cases.

But, don’t take my word for it—give it a try and tell me what you think.