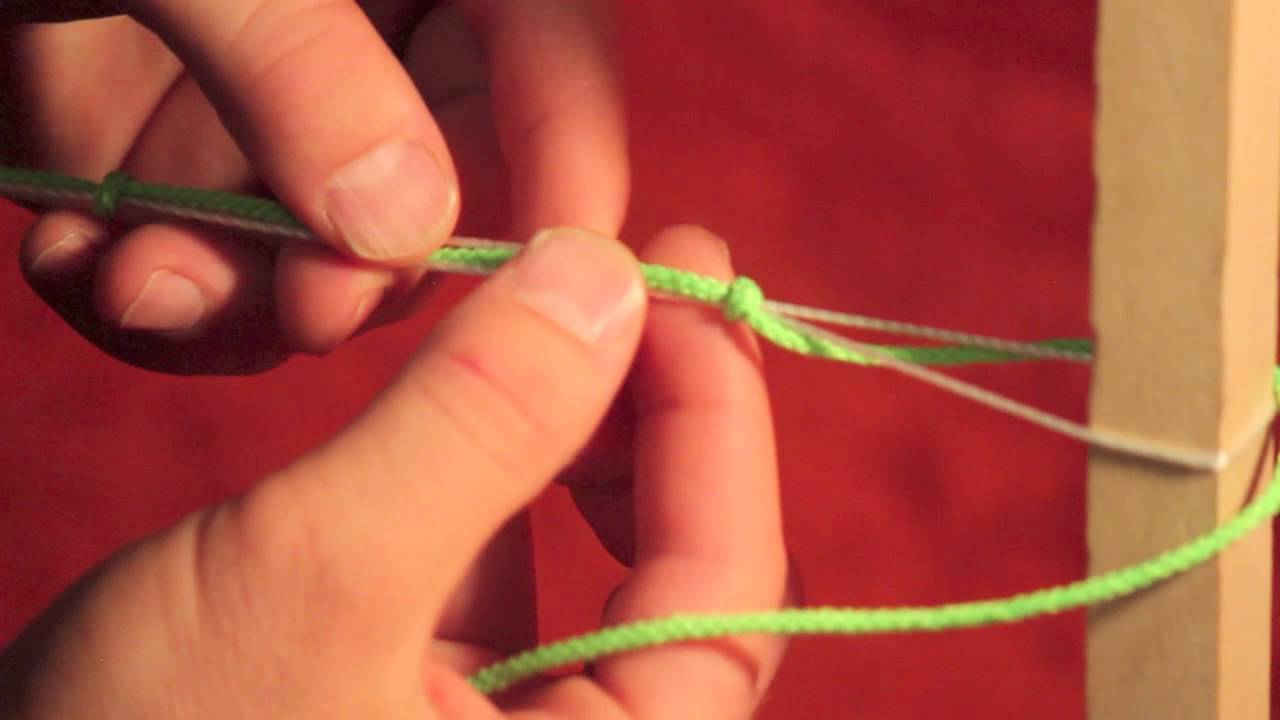 The Mayan hammock is arguably the most comfortable gathered-end hammock available anywhere, and is notable for being the descendent of the original hammock discovered by Columbus on his voyages to the West Indies. The Mayan hammock is woven using a fairly tight “triple weave” that creates a lattice when pulled apart.

I found that the Mayan weaving style is not terribly difficult, but it does take patience and a little time. Once you get the weaving pattern down, expect to spend a few weeks to complete the weaving, depending on how much time per day you can devote to weaving and how big you want the bed.

A netting needle (“lanzadera” or shuttle) is used to load a quantity of string and work it through the warp to create the weave. A netting needle differs from a traditional loom shuttle in that the one end is pointed or tapered, making it easier to poke the shuttle through the weave. These needles are traditionally used for making fishing nets and are still used today to make Mayan hammocks.

You can make your own needle or purchase one.

A basic loom measures 6 ft (1.8 m) tall by 6.5 ft (2 m) wide when assembled and consists of two vertical posts or poles and two horizontal beams. Most looms are adjustable via notches in the horizontal beams and holes in the vertical posts so the weaver can make slightly longer hammock beds. These horizontal supports are secured with a wedge so the hammock body can be removed (slid upward) off the frame when the weaving is complete.

You can make a basic, inexpensive frame out of PVC pipe or lumber. To make a traditional stand, you’ll need to cut and assemble the wood poles and beams, including wedges, to make the stand sturdy and long-lasting.

Once the loom is built and in place it is time to load the loom with the “warp” string. Begin by tying the warp string to the top of one vertical post and then wrap it around the second post until you wind a sufficient number of strings between the two posts. The number of warp strings depends on the color patterns you intend to weave. You can easily add more warp string as you go along, allowing for color variations on the project, even alternating between the warp and weft strands.

Once loaded, tie the standing end back to one of the loom’s vertical posts.

A netting needle can handle only so much string before it’s full, so having a few on hand is a good idea if you want to keep weaving without interruption. Hitch the end of the string (ABOK #1602) around the needle and then begin to wrap around the bottom of the netting needle and back to the top where you wrap the needle again. Repeat this back-and-forth process until the shuttle is full (see shuttle image above).

A few sources refer to the edge as “crochet,” which it might be, but it’s nothing more than a series of overhand knots (ABOK #46) evenly spaced along the edge. This is the first task in the weaving process.

This edging sets the spacing for the weaving along with providing a tight edge to maintain the hammock shape.

First row: Loop around the bottom (first) warp from the back, then around and back behind the second and first warp, capturing the working weft as well.

Subsequent rows: Loop around a knot then go up, capturing a new warp line, then back around to the first line and knot.

Where the weft dips down, pull the two warp strands and insert the shuttle.

As you work along the warp, keep the weft string tight to ensure the lattice isn’t loose when you’re done. When you reach the end, go around the pole and hitch the weft and warp strings you were just working on and then continue the pattern.

…and then back around to the front to end the weave cycle.

You can see from this loosened weave the undulating pattern created in the weave.

High-quality Mayan hammocks have at least 40 rows of weft that is woven through the warp, leaving a tightly-woven net that flexes and supports the occupant unlike any other hammock available.

This video (above) actually does a great job in showing the mechanics of making the clew.

The clew is a modern sailor term for the nettles or string that attaches to the ends of the hammock and provides a loop or ring as the attachment point.

Traditionally, the nettles are made from a single, continuous strand of #18 twisted nylon string that is looped around 6 sections from the hammock body. The nettles are middled to create a bight. This bight is tied and then cockscombed to protect the nettles.

The two remaining ends are tied on to themselves using a French Spiral Hitch/Whipping (ABOK #3450).

Alternatively, you can tie a Shouldered Sword Mat (ABOK #3819) with the two remaining ends to create a navy-style clew.