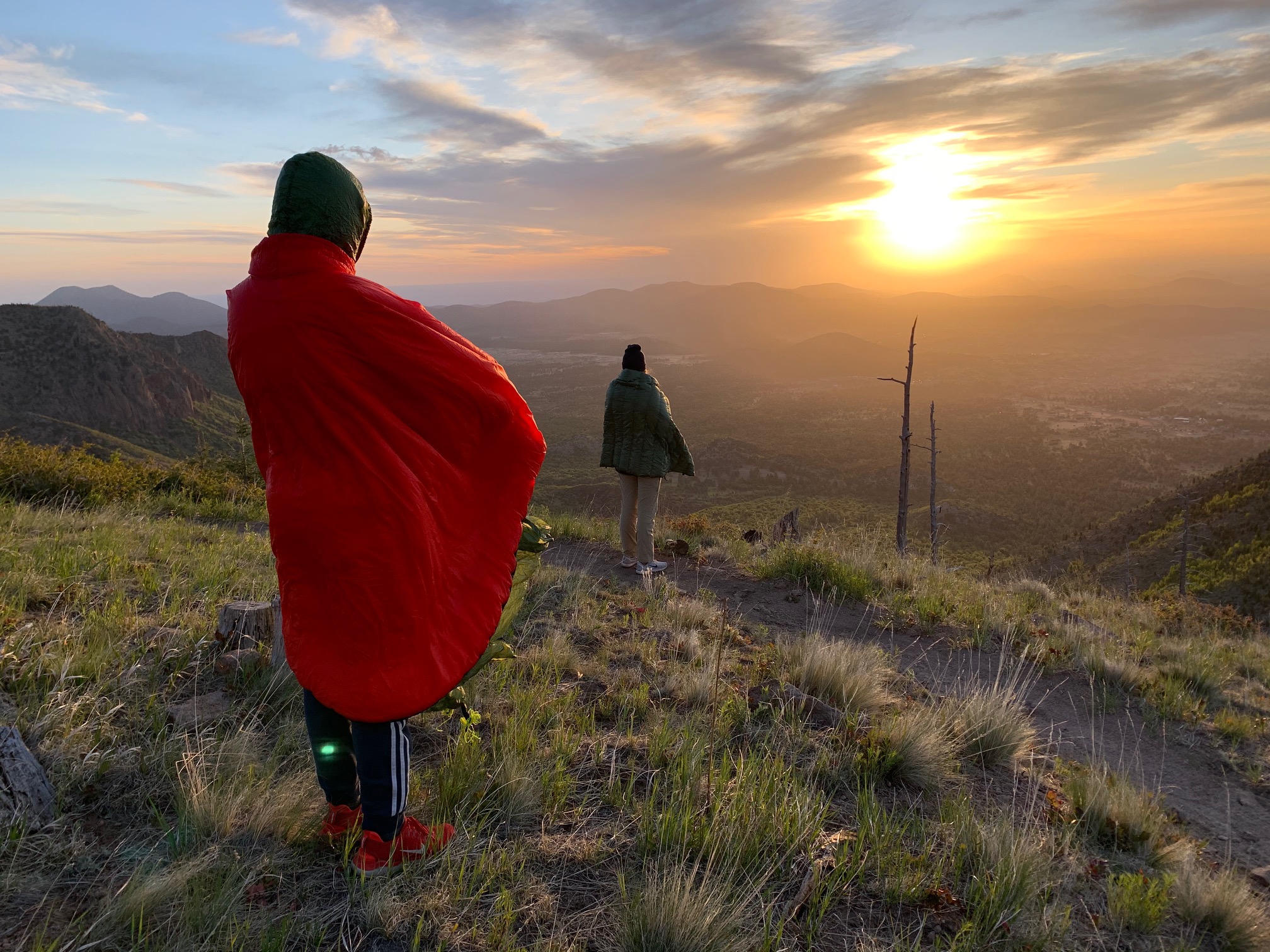 Experiencing the importance of site selection.

What’s on your adventure bucket list? For me, I’ve long wanted to combine two of my favorite hobbies: backpacking and amateur radio. Years ago I stumbled upon videos by Steve, WG0AT on YouTube. His simple adventures appealed to me. Packing just the essentials and using rudimentary (by today’s digital standards) electronics and techniques — including using Morse code and a simple wire for an antenna — Steve (along with his goats!) would visit amazing locations and proceed to make contacts thousands of miles away. I learned later that these mountaintop adventures were part of a sport called SOTA — Summits on the Air. This activity is enjoyed the world over by like-minded enthusiasts and includes both activators (those who climb the mountains and set up portable radio stations) and chasers (those who use home-based stations—most often—to contact the activators). Only certain summits are included in the sport, and each summit has an associated point value, based on its altitude — higher altitude, higher points (up to 10).

I already have a passion for lightweight backpacking, and while I have amateur radio equipment, it wasn’t the most portable or suitable for a quick set-up — at least for high-frequency (HF) work. I could have opted for a simple handheld HT or “handie-talkie”, but these VHF/UHF transceivers are only good for short distances, and I wanted to try making contacts as far away as possible. Plus, I wanted to challenge myself to learn some new skills!

To make this dream a reality, I had to simplify my radio equipment, including getting a lightweight, low-power transceiver, simple antenna system, and portable power. Low power operation, or QRP, means outputting 5 watts or less radiated power in some operating modes. In addition to the equipment, I would also need to change my operating habits. To make that low power signal the most efficient and effective, I would need to operate using the most efficient and effective way possible, which meant learning morse code. Morse code, or CW, focuses the radiated power into a very narrow bandwidth, making it very efficient. With a good antenna, even a lower power CW signal can be heard (or copied) thousands of miles away.

After months of practicing, I finally felt proficient enough with CW to make contacts. During this time, I also made all kinds of portable antennas until I found a system that I was comfortable with using and that worked well. With the equipment and skills in place, I felt the itch to give SOTA a try. The real catalyst came when I happened to hear Steve/WGØAT on the radio, activating another summit. I was elated! Here was my chance to make a contact with the person who had inspired me in the first place! I tuned up my little transceiver and to my delight, Steve replied with a signal report. That was it! Next step: activate my own summit.

In Northern Arizona where I live, I’m surrounded by lots of 10-point SOTA summits. I also live at the base one — Mount Elden — so this was a logical first choice. I had been planning to do a backpacking trip with my kids anyway, so I decided this would be a good opportunity to bring along the radio equipment and make a SOTA attempt.

Recent forest fires have closed some of the roads that provide easy access to the summit, but that didn’t appeal to me. Instead, we picked the Sunset Trail and hiked up over 4 miles (6.4 km) with more than 2,000 feet (607 m) of elevation gain to a site near the summit.

We started at Schultz Tank and promptly got off track. Recent trail work related to the fire had created off-shoot paths that got us turned around. A stroke of inspiration guided us back to the trail and we began to make steady time. The scenic trails on the north side of Elden were fun to hike through and brought back some good memories. Sadly, once we reached the ridgeline, we found ourselves in the burn zone from the fire and some of our favorite lookout spots were decimated. The wind was also noticeably stronger in these exposed, burned-over areas, as would be expected.

However, once we reached our destination, the wind had not abated. We proceeded to set up our hammocks to camp and then prepare our dinner. The forecast called for clear skies and cold temps (32°F / 0°C) overnight, but what we didn’t expect was more wind. Unrelenting and cold, the wind posed a major problem for our camp. My kids retreated to their hammocks, trying to stay warm, while I proceeded to hang up my antenna. I was determined to make my first SOTA attempt.

I used my bear bag hanging skills to get my antenna set up and then attempted to operate. I was very grateful that I had practiced with this gear multiple times before this trip because I was much more comfortable in the set-up and I had all the pieces and connections ready to go.

You need at least 4 contacts to officially “activate” a summit, and at first I was a little worried that I wouldn’t make the count. My first contact (NØDNF / Idaho), came almost immediately after I called CQ the first time, but then nothing. I knew that I should “spot” myself so that the “chasers” would know I was operating and on what frequency. Prior to this trip, I found the SOTA Goat iOS app that connects to the SOTA databases and provides easy access to spot yourself. However, even though I had 4G cell coverage, I kept getting a connection error. Thankfully, my email to the group was heard and my morse code call got picked up and soon I had a small pile up of calls (overlapping contacts). It was during this pile-up that I realized I didn’t remember all the rules of SOTA, so I hoped I was doing everything okay. During an exchange with another station, I have to give a signal report (how strong/loud they are, how easy to copy, etc), and sometimes other details. Doing all this with morse code is both exciting and intimidating as I’m trying to encode and decode at a certain speed.

The moans from my kids was my prompt to stop operating. Our camp, and my operating position, were too exposed to the wind, and I knew that if we stayed there, we would be miserable all night in our hammocks. I decided to pack up and move to a more sheltered location. The views from our first spot were pretty spectacular. We enjoyed an amazing sunset.

The nice thing about hammock camping is that finding a camping spot is relatively easy because it isn’t dependent on finding flat ground. Plus, detaching the hammocks is quick and easy. Coming down off the ridge, I found a copse of trees that created a hollow that formed a haven from the wind. We hung our hammocks military fashion, side-by-side, which afforded the ability to play some card games while we all enjoyed a comfortable seat. While the wind continued to howl, we were well protected. As everyone’s warmth improved, so did our attitudes. We were soon fast asleep.

I only made 12 contacts on my first SOTA trip, which is exactly 8 more than I thought I would. I count it as a success.

In the morning, we caught a spectacular sunrise. It was still super windy, and we battled the cold with courage. The lookout tower on top of Elden was closed due to the windy conditions, so we saluted the summit and made our descent on the Elden Lookout Trail. We put in a little over 6 miles (~10 km) and hiked right back to our house, exhausted, but satisfied in the completion of a fun trip.