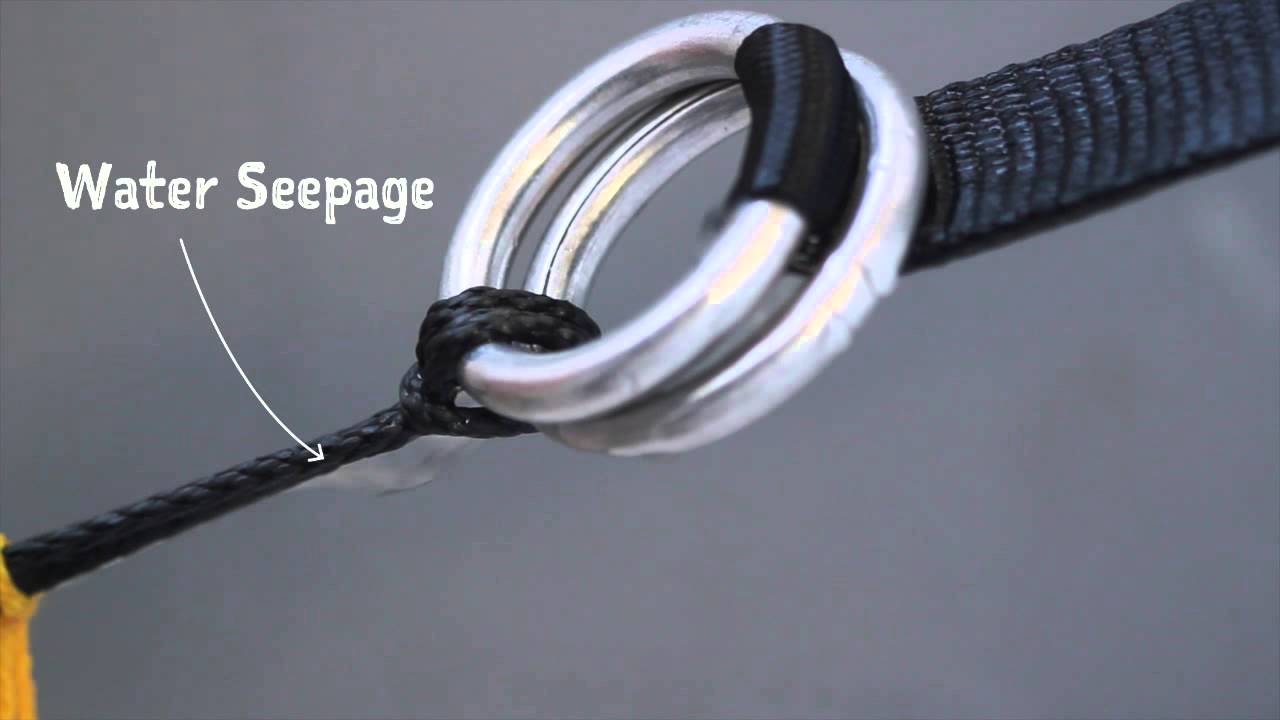 Make sure that your water break or drip line is protected under your tarp!

Any exposed portion of your tarp or hammock suspension can convey water during a rain storm (or other precipitation). Using a water break or drip line will help prevent water from seeping down your suspension line and soaking your hammock.

In my testing, I found that most hardware devices are not 100% effective as I had originally thought. I was a little disappointed to find that some hardware devices were only good in certain conditions, and if there was a slight twist, even small amounts of water flow easily past the water break and continue down the suspension.

Last year during a very wet and rainy camping trip, I awoke with a start after feeling a drip of cold water on my face. Feeling around in the dark, I also felt pools of water on my sleeping bag. Camping with the Boy Scouts, I half expected to see my scouts trying to play a prank, but I was stunned to see a large quantity of water forming under my tarp that was dripping constantly on my sleeping gear.

At first, I worried my tarp had a leak, but after inspecting the tarp, I found that water was running down the tarp ridge line and then flowing under the tarp, adhering to the ridge line that was also running under the tarp. Unwittingly, I had provided a conveyance for the water, and as it hit certain low points on the tarp, it would cohere and then drip down the inner part of the tarp.

I learned a lot about water on that trip. I don’t think I’ve ever camped in such a wet  camp nor had this type of saturation. The rain was so constant that the tree trunks were running with water and it looked like someone had turned on a hose and stuck it on my hammock and tarp suspension; it was flowing that thick and strong.

Thankfully, the water break on my hammock suspension did its job, but I realized that I also needed to do something similar with my tarp. By running my continuous ridge lines over my tarp, I have solved nearly all those issues. I also prefer to use simple hardware devices such as the LoopAlien or the Dutchware Stingers that provide a hardware water break as well.